From all-time real estate highs to a significant regression and fears of a recession, what a wild year 2022 has been. The uncertainty and ever-changing landscape of national and local real estate create unfamiliar fears on both the buyer and seller side. Fears that create inaction for buyers and panic for sellers. The market has certainly changed in the last 6 months. The days of ever-increasing prices and almost guaranteed over-asking bids are, temporarily, over. Replaced by a landscape of increased buyer leverage and more choices. If you have been paying attention to the market, most of what you’ll read is confirmation of what you already know to be true. However, no matter who are, I think you’ll get some unforeseen nuggets from the first six months of 2022 data.

The first two metrics that we are going to look at are Median and Average Price. What is clear from the data is that we were on an upward trend in pricing and it peaked in March. Since then, we have seen a significant decrease in price. Looking exclusively at the chart above, you would think we’ve had a significant crash but the reality tells a slightly different story, you just have to zoom out.

March of 2022 was an outlier in pricing. While we have been on a strong bull market since 2012 (exacerbated by Covid-19), the 17.21% jump in median home price from February to March was the third largest in a single month since 2010. Historically, major jumps like this are either preceded or succeeded by consecutive months of decreasing pricing. In this case, the downward price trend succeeded the March high. Now, there is a legitimate reason for a decrease in pricing (more on interest rates later) but the significance of the downturn is dulled if you zoom out. While June ’22 is technically 17.18% off of the high in March ’22, the $1.325M median home price is historically very strong. In fact, prior to 2022, the median home price for Santa Cruz real estate had never surpassed $1.3M (previous high was $1.3M in May ’21).

So, while we have seen a decline in pricing, a part can be chalked up to a regression off of the March outlier.

The next two metrics to highlight are New and Active Listings. 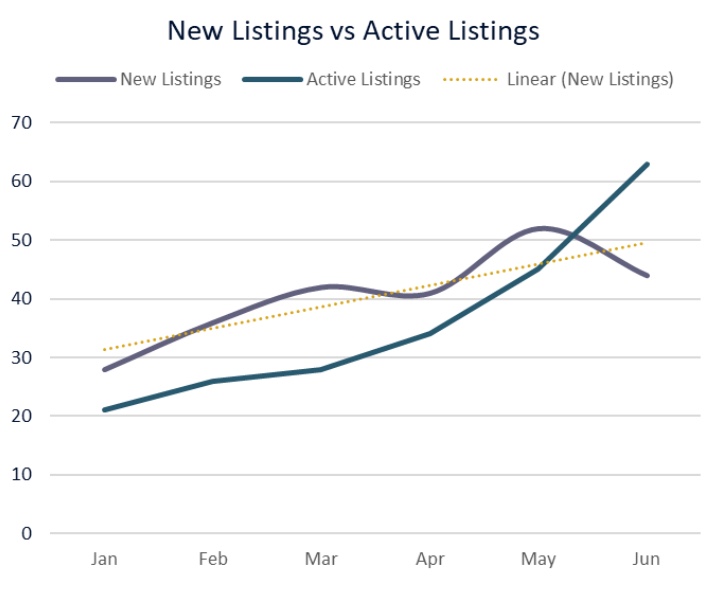 The first, and most notable highlight of the chart, is that both Active and New listings have been increasing steadily and in line with each other since January. While on the surface this seems to indicate that we are experiencing unexpected growth in available listings. By itself, increases in inventory are expected. Santa Cruz is a seasonal market. The chart below shows inventory increases until inventory peaks in the summer months. The rate of change, however, was not expected (more on that later).

In addition to climbing steadily upward, New and Active Listings have had a symbiotic relationship as new homes go on the market and sell within 30 days. That is until the chart breaks trend in May. 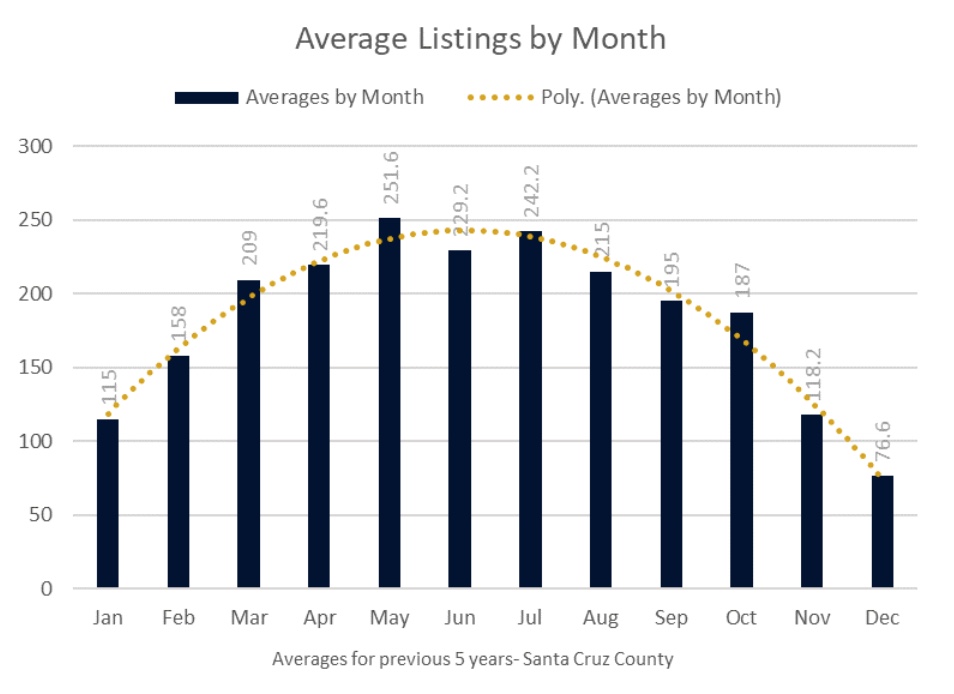 So, what caused this break in trend in May? Well, the cause had occurred months earlier. The increase in Active Inventory began to occur when interest rates began to spike in mid-March. This decreased demand significantly and began to not only increase available inventory as homes stayed on longer, but also put serious downward pressure on pricing. 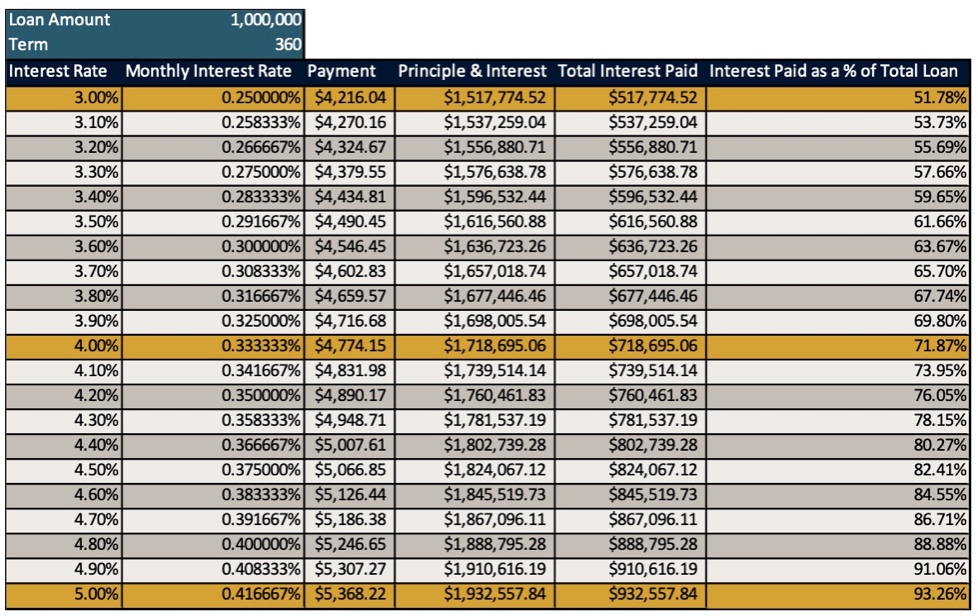 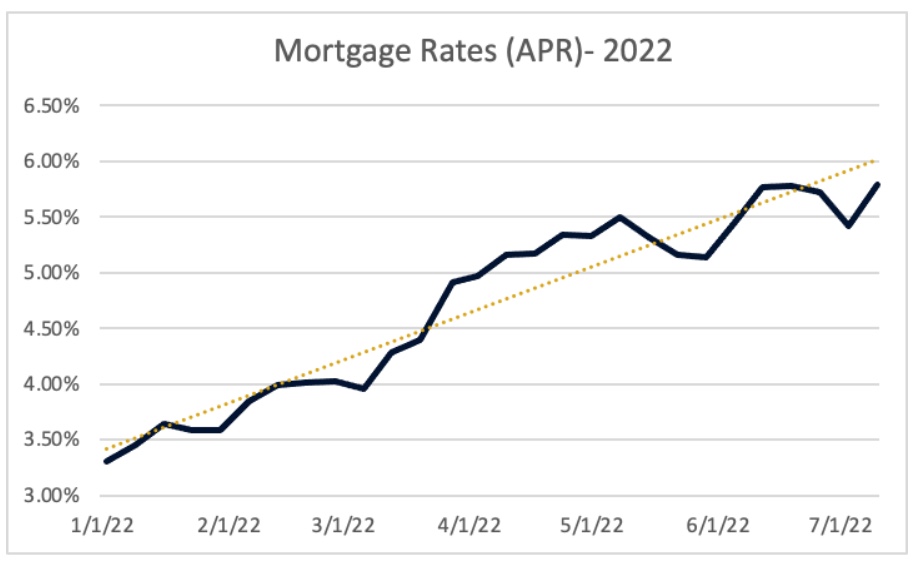 The increase in interest rates does not explain the decrease in new listings. At 207 new listings, June ’22 had the lowest number of new listings for June in 12+ years. This is noteworthy because it means that not only are there fewer buyers in the market, there are fewer sellers. For the homeowners that weren’t incentivized to sell when we were experiencing the greatest sellers’ market ever, they certainly aren’t motivated to sell now. The potential residual impact is TBD. It’s certainly something to keep an eye on.

Active listing data shows that active inventory is rising and should continue to rise as interest rates poor cold water on demand.  This means homes stay on longer, leaving more options and leverage for buyers. New listings, however, are not keeping up with historical trends which should counter some of the downward pressure on pricing.

Before diving into our last notable metric in Number of Sales, I want to briefly touch on Days on Market and Months of Inventory. Days on Market, like most metrics, is a trailing indicator. DOM is showing only homes that have gone into contract and closed. With a market so rapidly changing, what the numbers are showing is not entirely representative of what is occurring today. While DOM has been historically low, it’s starting to change. We can expect to see DOM continue to rise as homes that are caught on market longer begin to sell. As for Months of Inventory, it’s showing that inventory for buyers has increased substantially. The June MOI was 2.1, the highest since May of 2020. 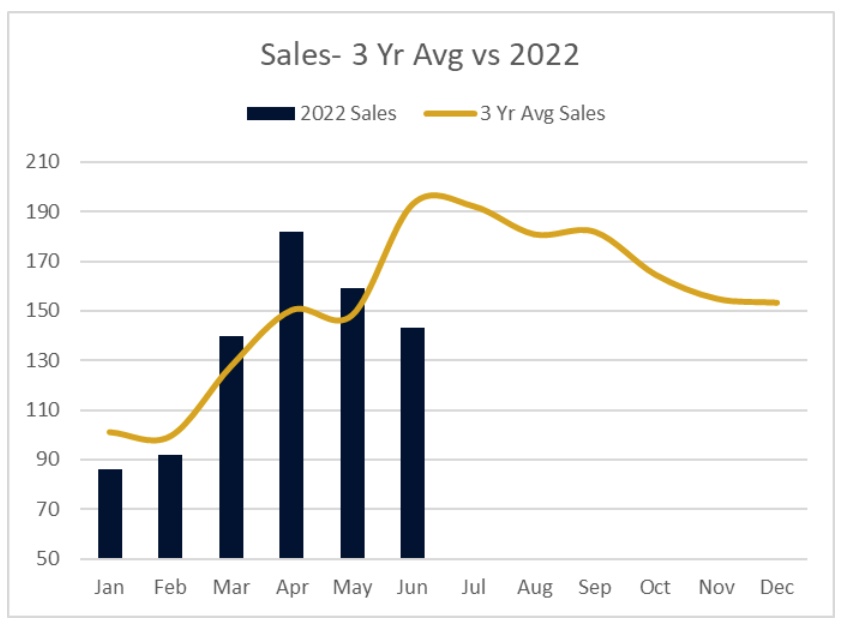 The last metric I’ll highlight is sales. The chart above shows the 3-year average for sales in each month compared to 2022. Historically, sales continue to rise and peak in May-June-July. This occurs because inventory and demand are highest during these months. As you can see from the chart above, May and June ’22 have bucked that trend. The 143 sales for June are the lowest number of sales in June in 12+ years. Another indication of decreased demand.

The 2022 data tells us a whole lot. It allows us perspective and helps guide our predictions of the future. What is absolutely true is that the market is changing. Changing closer to the seemingly unattainable balance that we’ve experienced in the past. Historically, the market is still very strong and although demand has decreased, zooming out shows us that we are not near where we used to be (nor should we ever expect to return). The increase in Active Inventory is a welcome sign for buyers and agents alike. It’s a symbol of increased balance, options, and leverage. The bottom is not falling out of our market, we have seen a regression from highs but we have also seen a leveling out in pricing of late. Pricing that is still historically high and is running along the trendline of 2022. I wouldn’t dare attempt to predict the future but those that are in the prediction business are expecting slow but continued price growth for the remainder of the year.

The best time to buy is when it’s the best time for you. History shows us that, if you maintain a long enough time horizon, the value of your home will go up.