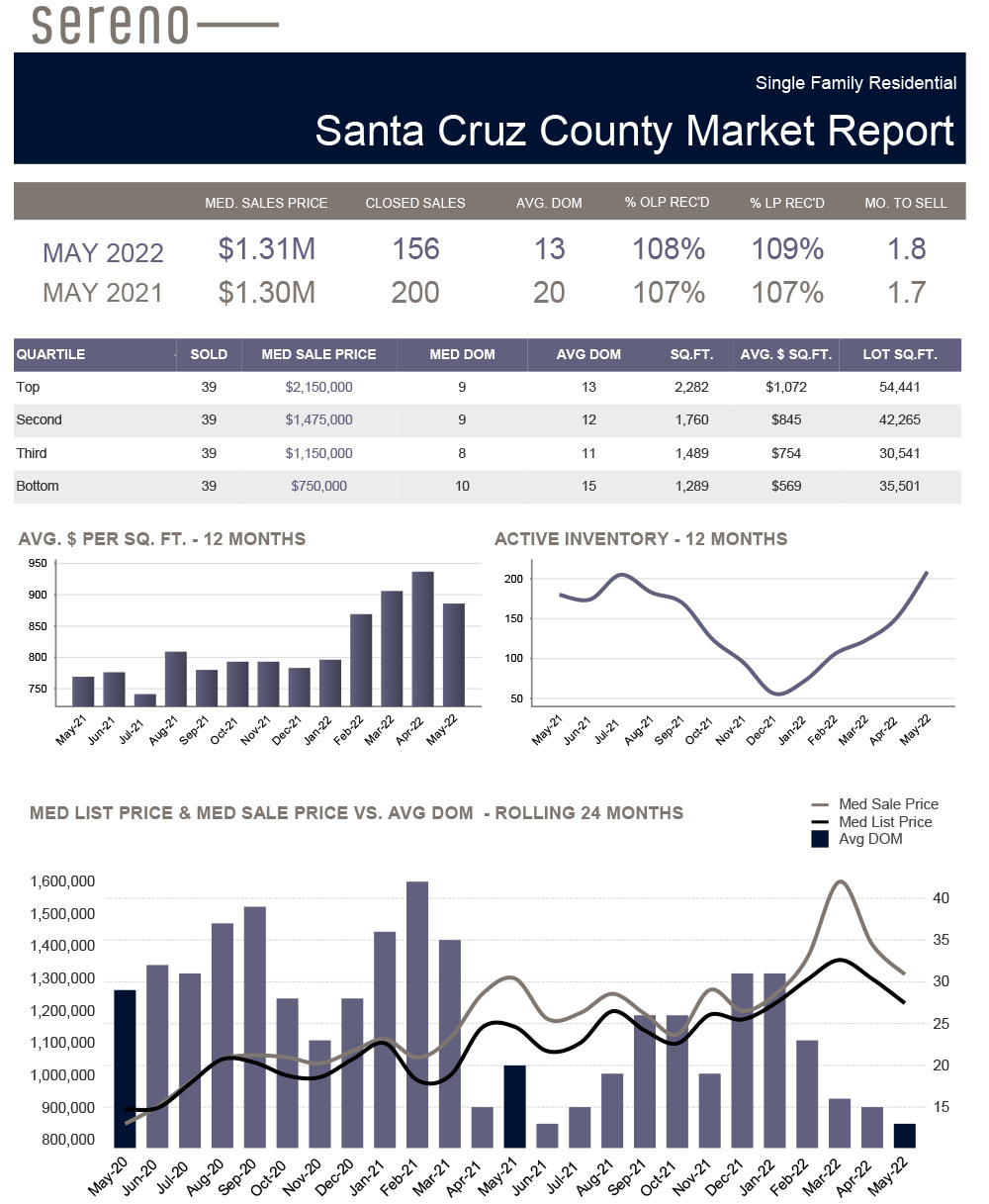 Below are the Santa Cruz County Market Statistics for the month of April ’22. Here are the highlights:

– Active Inventory hit new highs for the year in April. April saw a leveling off of active inventory in the first half of the month before a significant jump (18+%) in the second half.

April was somewhat of a back-to-earth month after a record-setting March ’22. After jumping nearly 18% from February to March, the median home price decreased by nearly 12% from March to April. Is this a sign of things to come or a correction of a significant outlier? There is no doubt the increasing interest rates and poor stock market performance of late are decreasing demand (some). That said, April still set records in price/sqft while decreasing Days on Market (15) and increasing the percentage over list price (10%, another record). The supply side of the supply and demand equation is going to continue to put upward pressure on pricing. 216 new listings is slightly below the previous 5-year average for April. April was the first real indication of the potential impact of interest rates on prices. The story of April is that demand, despite external forces pressuring a decrease, is still very strong and supply continues to run short of producing a more balanced market. If active inventory continues to increase in the coming months, then we can say we are SLOWLY inching toward a more balanced market. 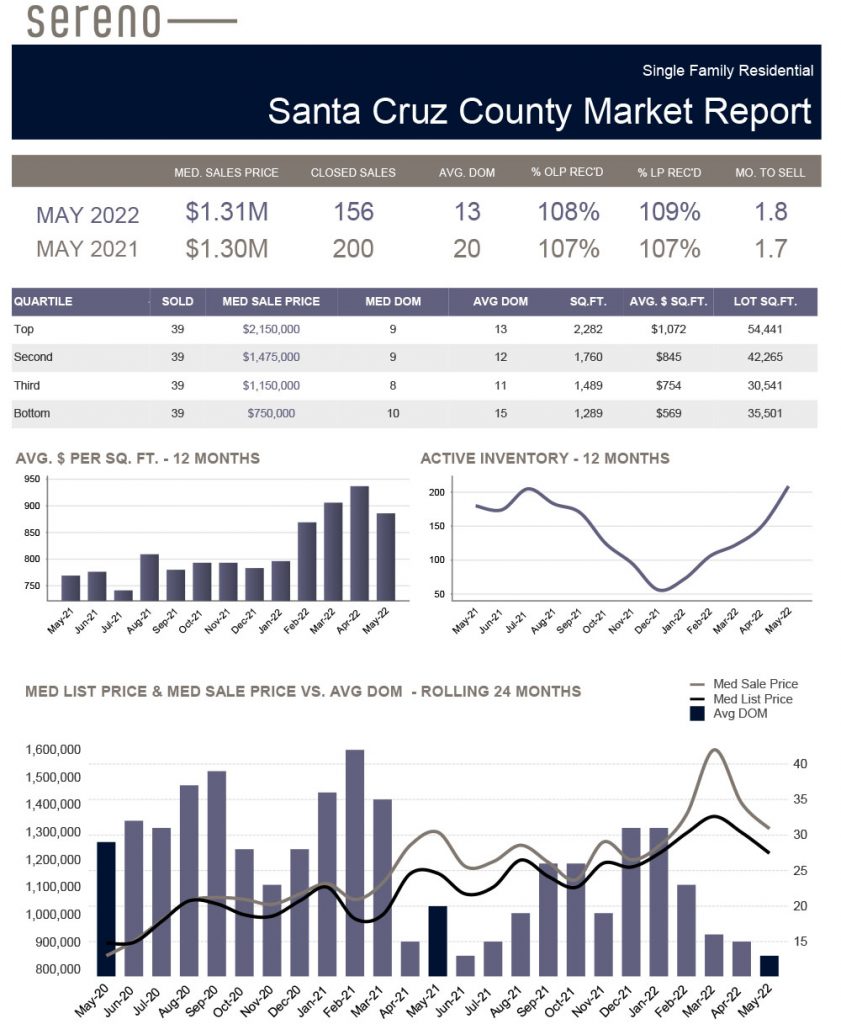 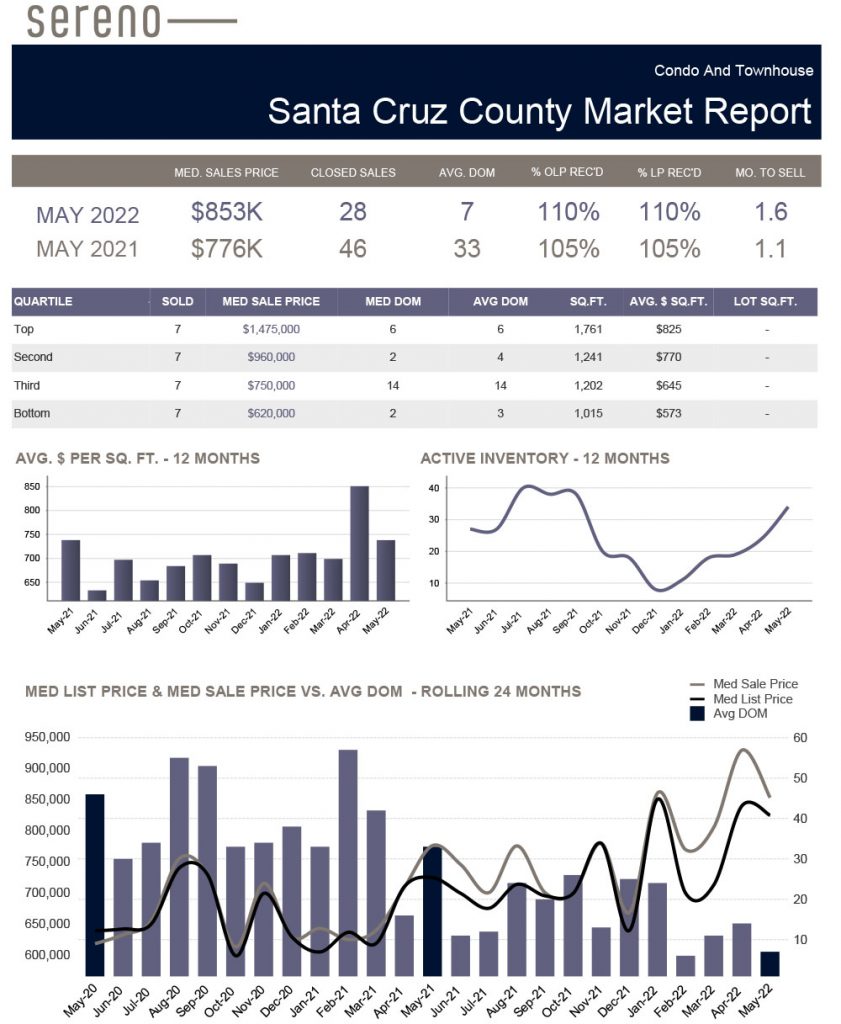